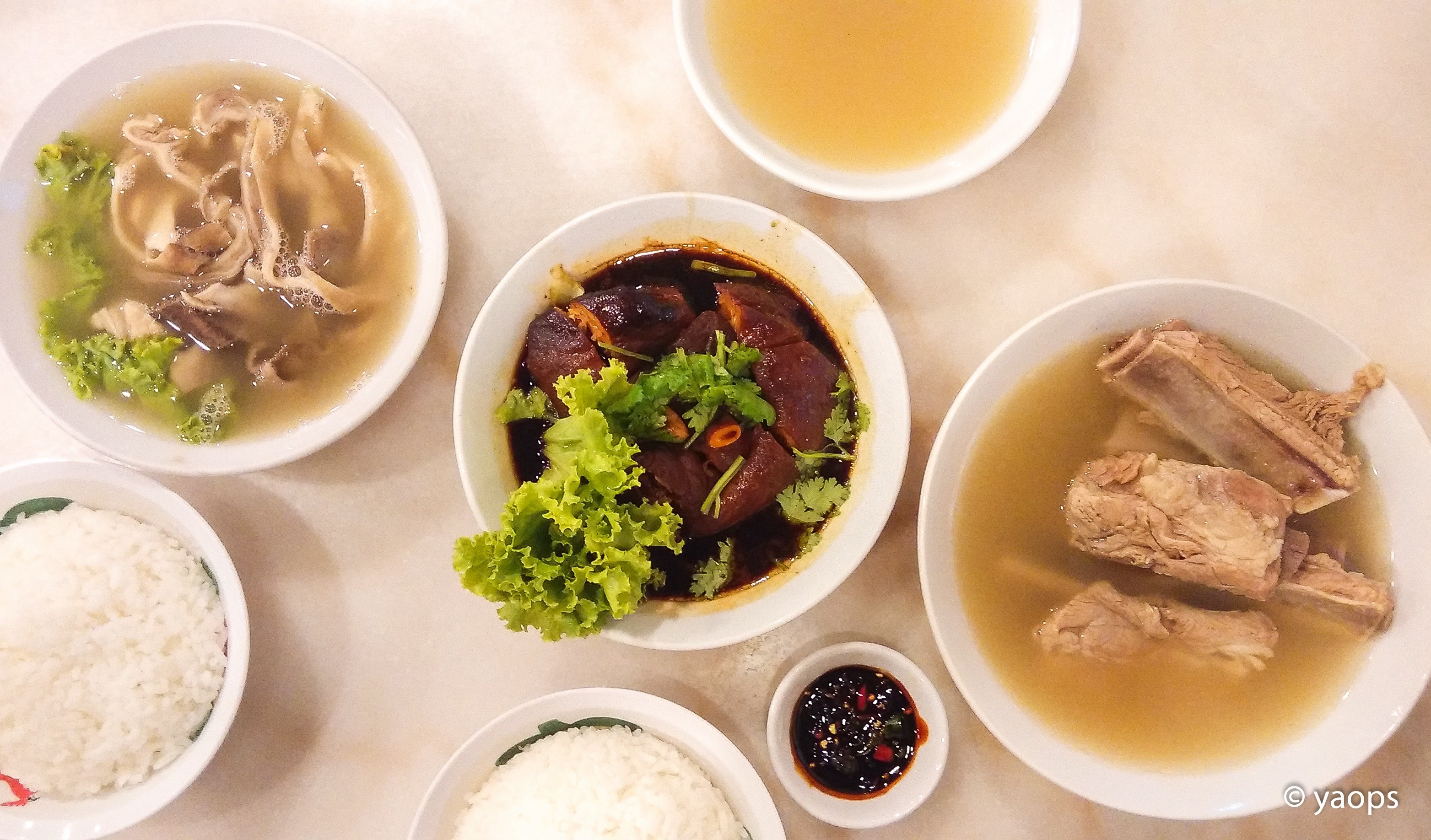 Bak-kut-teh (also spelt bah-kut-teh; Chinese: 肉骨茶; Pe̍h-ōe-jī: bah-kut-tê) is a meat dish cooked in broth popularly served in Malaysia and Singapore, where there is a predominant Hoklo and Teochew community, and also in neighbouring areas like the Sumatra, Indonesia and Southern Thailand.

The name literally translates as "meat bone tea", and at its simplest, consists of meaty pork ribs simmered in a complex broth of herbs and spices (including star anise, cinnamon, cloves, dang gui, fennel seeds and garlic) for hours. Despite its name, there is in fact no tea in the dish itself; the name refers to a strong oolong Chinese tea which is usually served alongside the soup in the belief that it dilutes or dissolves the copious amount of fat consumed in this pork-laden dish. 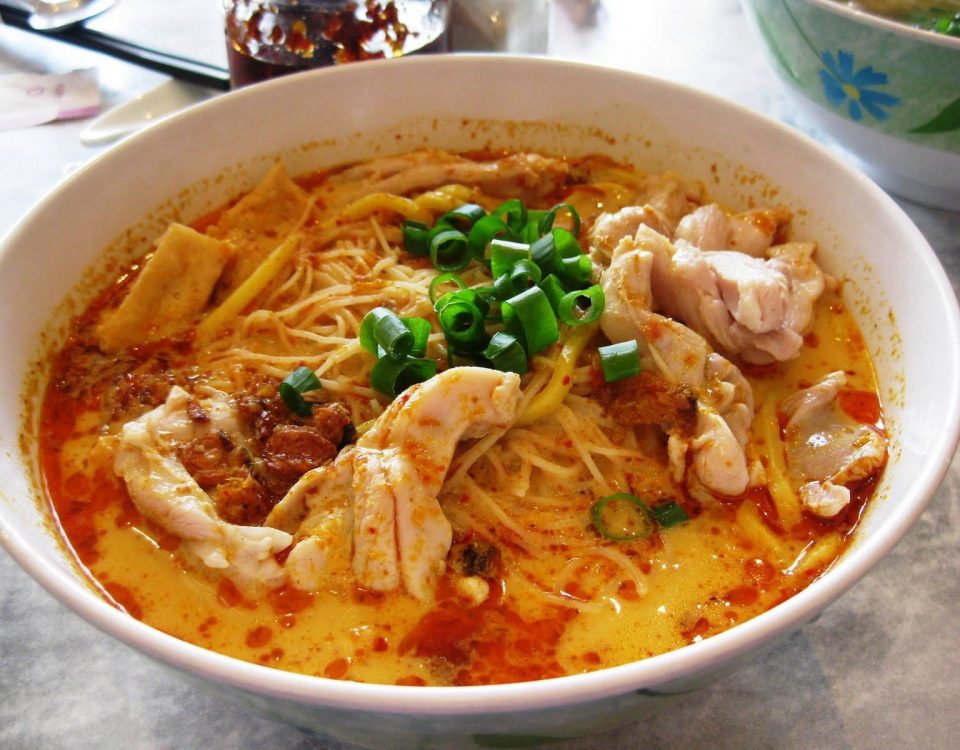 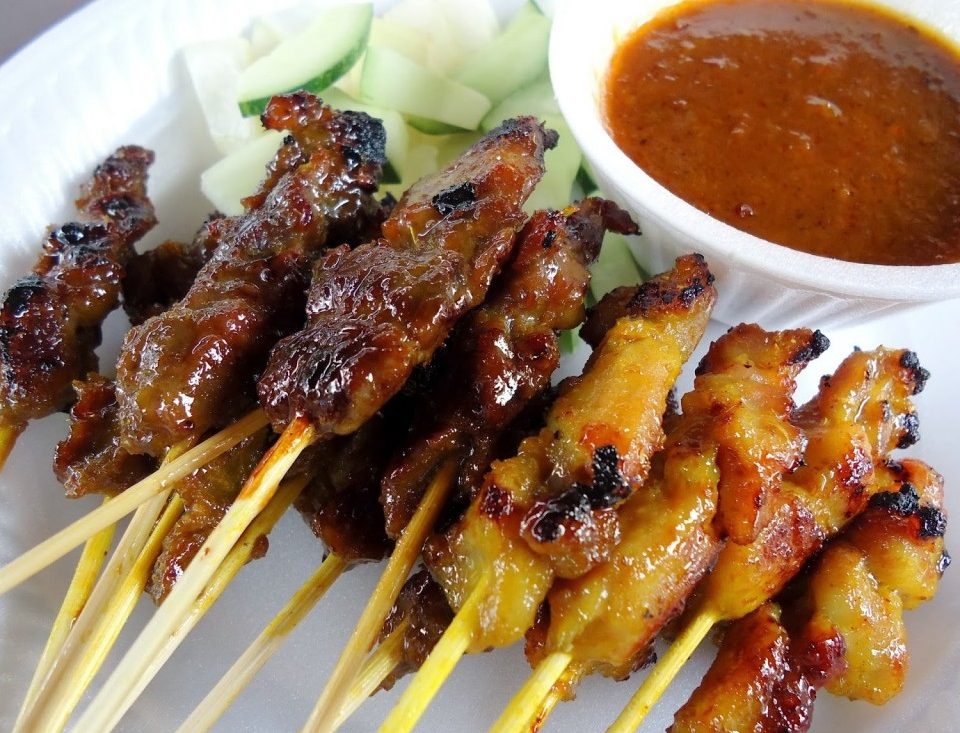 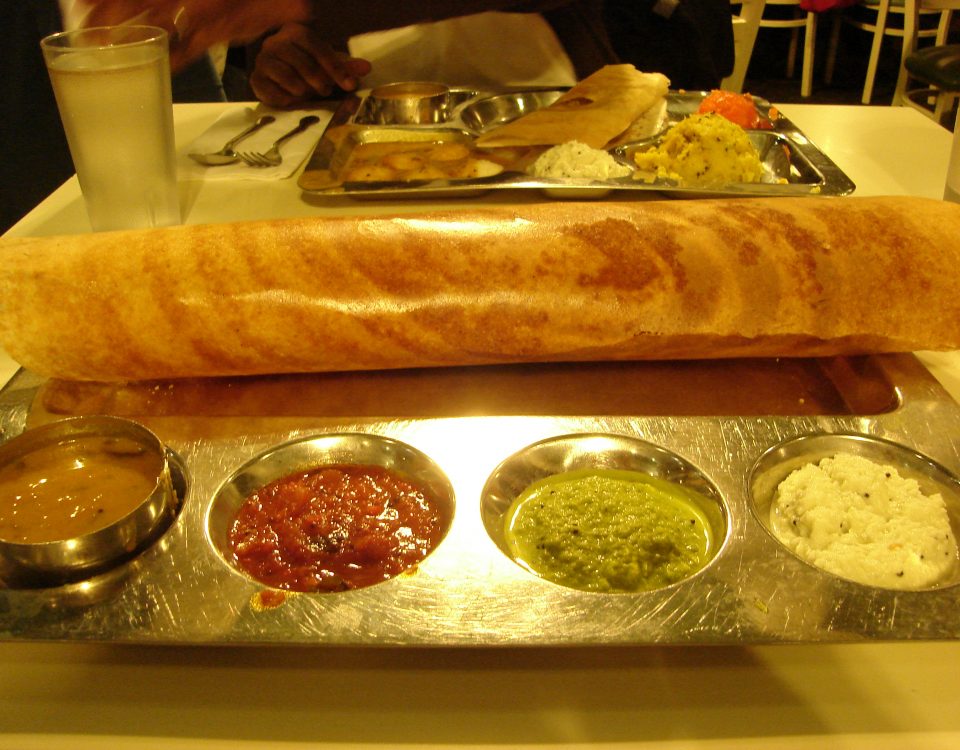