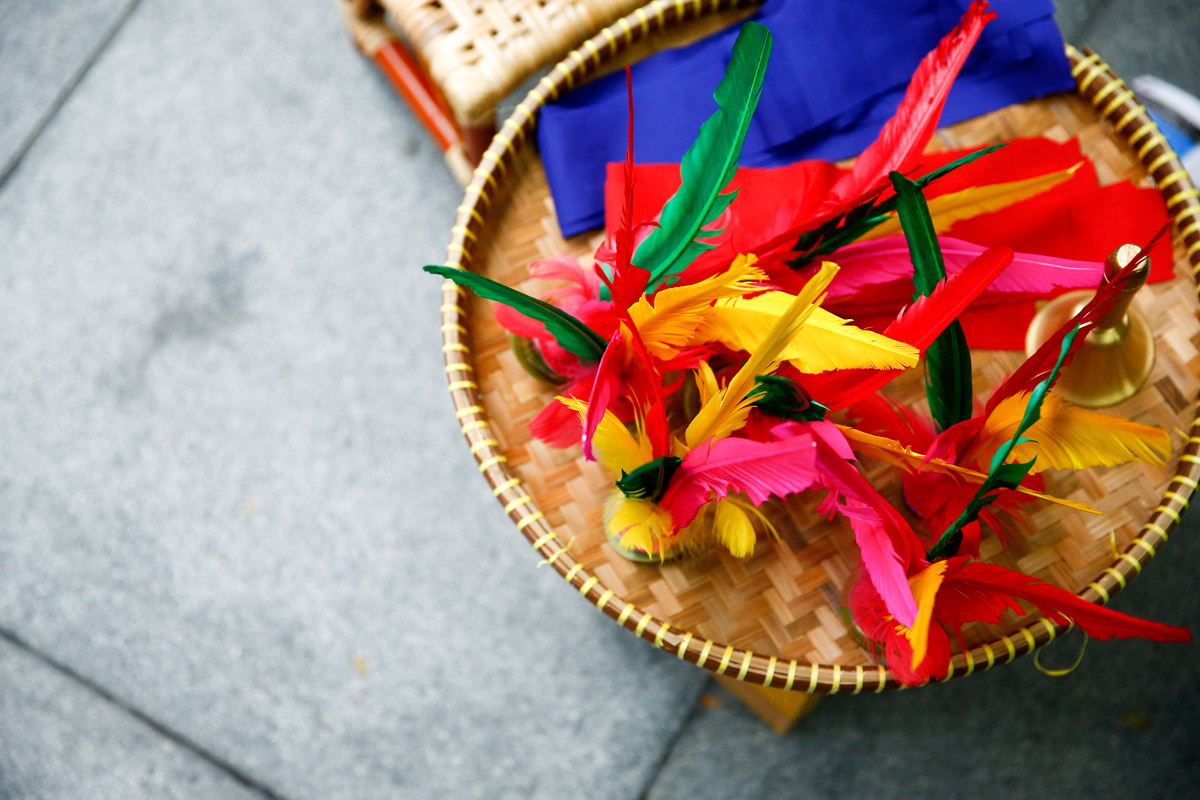 The earliest reference to a game of kicking a feathered object dates back to the 5th century BC in China. Later known as Ti Jian Zu or “kick little shuttlecock”, the game was used to train military men. Shaolin monks in Henan during the Tang Dynasty were also known to have practised the game to strengthen their martial art skills. It remained popular for about two millennia, from the Han (206 BC-200) until after the Sui and Tang dynasties. During the Song Dynasty (960-1278), chien tsu (jianqiu) meaning “arrow” became the game’s more popular name. The name is still used to refer to the “shuttlecock” used in badminton.

In Vietnam, the game is known as da cau. In the 2003 SEA Games held in Vietnam, capteh was included as a competitive sport. Internationally, the game is also known as shuttlecock kicking. Featherball Associations in Europe, USA and Turkey also show how international the game has become.

In Singapore and Malaysia, the game is known as capteh. The name is thought to be either Malay or Hokkien in origin. Variants of the name include chapteh, chaptek and chatek. The game is still very much alive in Singapore. As recently as March 2009, a capteh competition was organised in Singapore.

The game is played using an object also referred to as a capteh, a rubber disc topped with rooster feathers. The game involves keeping the capteh in the air for as long as possible by kicking it up using the heel of the foot until it is missed or dropped. In the past, homemade capteh were made of old tyre tubes and discarded feathers. The game can be played individually or in a team. Though familiar to Singaporeans as a game of leisure, it has also been played as a competitive game.

When played in a small group, players are judged individually on the number of kicks they make. The players agree on a winning tally of kicks, and the first person in the group to reach that tally, or the player with the highest score in the group, is considered the winner. To decide who plays first, each player kicks the capteh using their heel and without putting the foot down. The one with the highest score before the capteh falls to the ground or their foot touches the ground is the one who starts first. For the game proper, the player kicks the capteh until he misses it or loses his footing. The player is able to put his foot down with each kick. However, he is not allowed to use his hands to touch the capteh.

Adept players have been known to introduce innovative moves, sometime kicking alternatively with either foot and attempting various stances such as Leopard Head, Crane, Dragon’s Tail and Sitting Tiger during kicks.

When played in groups, a circle is drawn, marking the play area for each team. Alternatively, the team makes the circle. The game is played in the circle with the first assigned player attempting to keep the capteh in the air until it falls to the ground within the circle. Then the next team member continues the count while playing in the circle. This continues until all team members have taken a turn in the game. The winning team is the one that scores the highest number of total kicks. 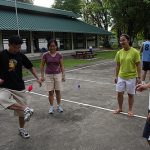 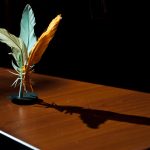 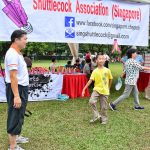 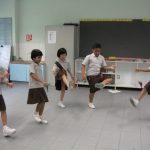 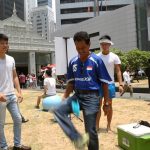 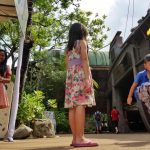 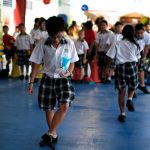 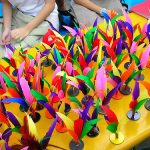 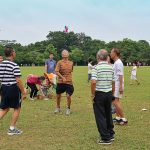 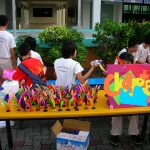