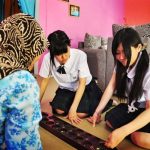 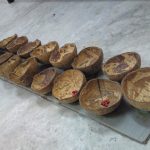 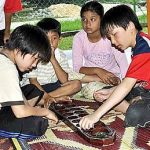 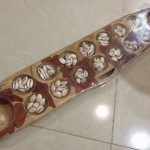 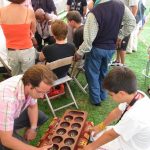 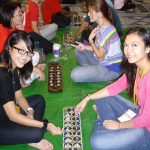 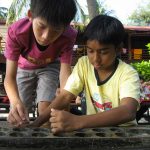 Congkak (pronounced CHONG-kak) is a Malay originated game played on a wooden boat-shaped block with two rows of seven circular holes and two large holes at both ends called "home".

The game begins with seven game pieces (shells, marbles, pebbles or seeds) in each hole except "homes" which remain empty. Congkak requires two players. Each player controls the seven holes on his side of the board and owns the "home" to his left. The goal is to accumulate as many pieces in your own "home".