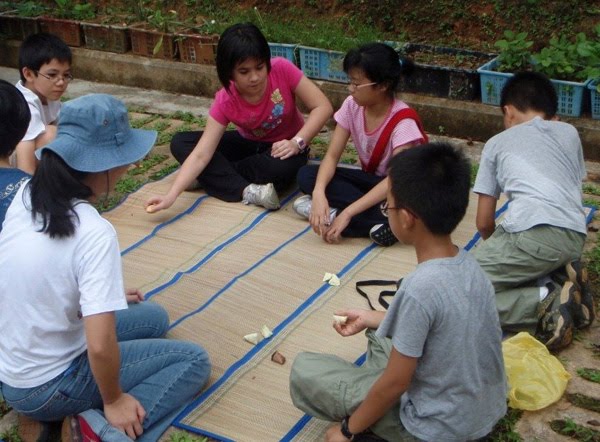 Five stones is played by 2 or more players, using 5 small triangular cloth bags filled with rice, sand or saga seeds. The object is to complete a set of eight steps. The winner is the one completing a set the most number of tries. The game is similar to "jacks" but unlike its Western counterpart, is not played with a ball. A modified version is called "Four stones" which is played with four rather than five bags.

Step 1: Throw all five stones. Whilst throwing a stone, pick up one stone and catch the stone in the air before it falls to the ground. Do this for each of the stones on the ground.

Step 2: Repeat step 1 but pick up two stones at a time.

Step 3: Repeat step 1 but pick up a combination of three stones and one.

Step 4: Throw all five stones. Pick up four stones whilst one stone is in the air and catch the latter before it falls to the ground.

Step 8: Throw all five stones on the ground. The opponent selects a stone to be thrown in the air. The player has to pick this stone without moving any others. The player throws the stone in the air and picks the remaining on the ground in one clean sweep.

If at any point of time the player fails to complete this set of eight steps, he/she will have to forfeit his turn to his opponent. Upon his opponent's failure to complete, he will return to the incomplete step, starting from the very beginning of that step. 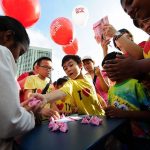 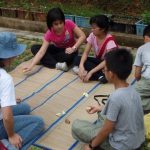 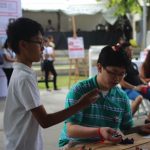 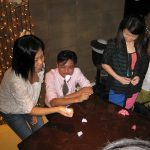 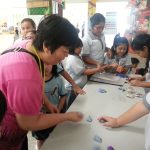 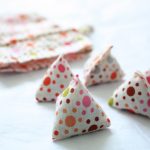 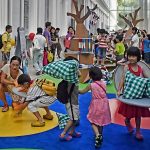 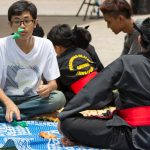