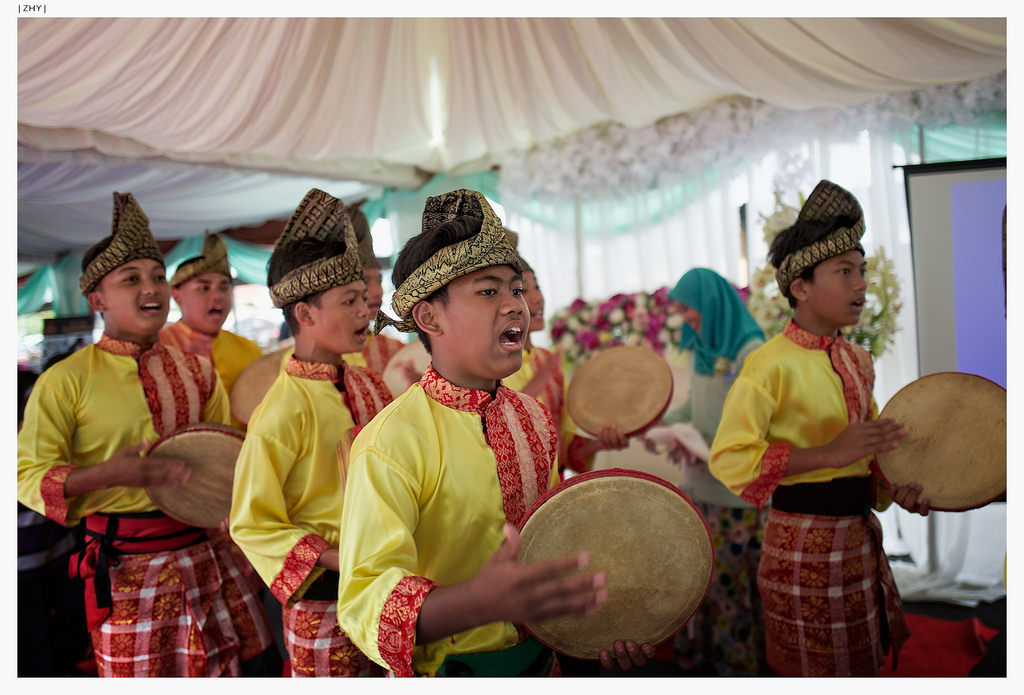 Kompang is a well-known traditional musical instrument among the Muslim. It is categorised as gendang (small drum) which is one of its materials products is parchment.

This musical instrument is originally from Arab, and is estimated had been brought by Muslim Indian traders to the Malay region in the era of Malacca sultanate, or by Arab traders through Java Island since the 13th century. The kompang gained popularity among ethnic Malays, especially the Javanese, after it was performed at the welcoming party of the Prophet Muhammad.

Kompang is persistently played in 1 group in which all players are sitting, standing or walking. If it is performed in berzanji (the recitation of praise about the biography of Prophet Muhammad), the players sit cross-legged or sit on the chairs. Yet if it is showed at wedding reception or at welcoming party of important guests, the company players walk behind the bride and groom or behind the important guests.

Malays generally take care to avoid stepping on or over the kompang as they believe that this action may cause one to lose his consciousness and remain trapped in a trance whereby he beats the kompang uncontrollably for a prolonged period, eventually resulting in serious injury to his hands. 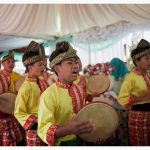 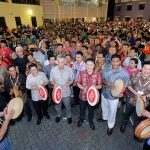 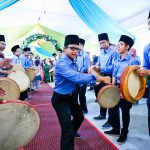 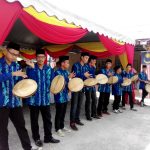 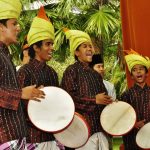 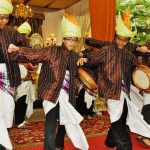