Gasing is a term that refers to both the Malay spinning top and the game of top spinning. Gasing was a popular game played in the kampongs (“villages” in Malay) of Singapore and Malaysia, especially among members of the Malay community. Competitive gasing is still played in Malaysia today.

While the gasing is a spinning top unique to Singapore and Malaysia, tops have been played in countries all around the world for centuries. Tops have turned up in many archaeological sites, proving that they have been in existence since ancient times.

Gasing used to be played in the kampongs of Singapore but has since declined in popularity. This decline has been attributed to the lack of suitable playing spaces in the Housing and Development Board (HDB) estates where the majority of Singaporeans reside. The cement floors found in HDB estates are also not conducive for playing the game as the best surfaces for spinning gasing are those that are hard and sandy.

In 1979, the Singapore Gasing Federation (Fedegasi) was established with the objective of reviving the gasing tradition in Singapore. 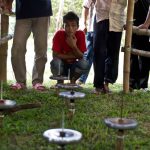 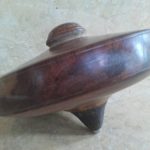 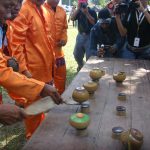 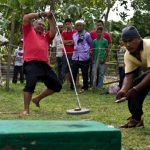 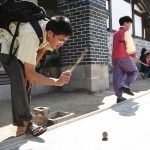 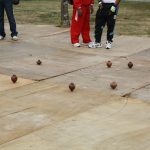 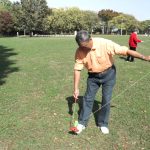 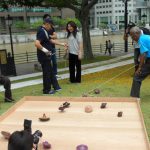 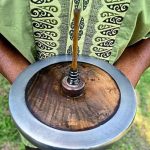